Cloze card are made by using the word cloze as the front of the card. Words wrapped in highlight == syntax (e.g. ==highlight==) will be in cloze. This allows minimum amount of distraction to the actual writing. This makes one cloze card: 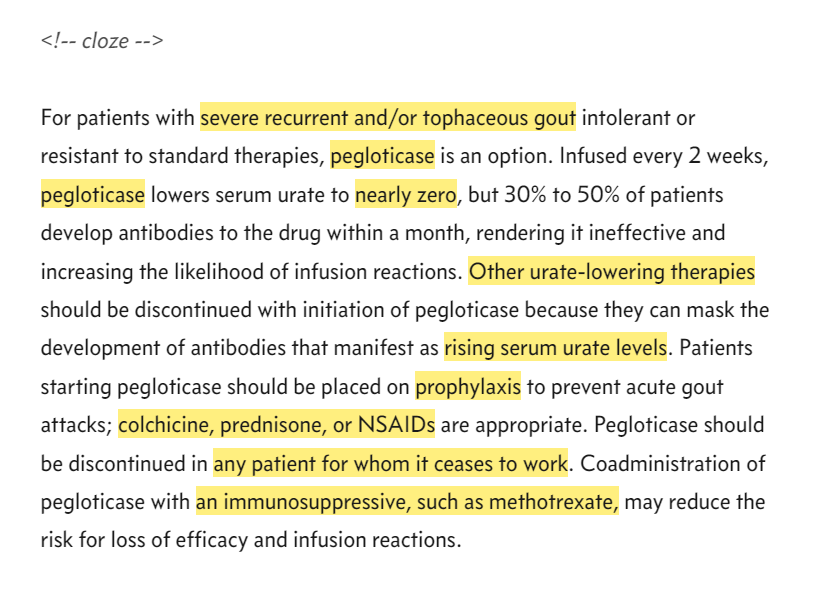 Use number followed by period (e.g. ==1.highlight==) in the highlight to make a numbered cloze. it’s not the prettiest, but this is the least distracting format I found that works. The following makes eight cloze cards: 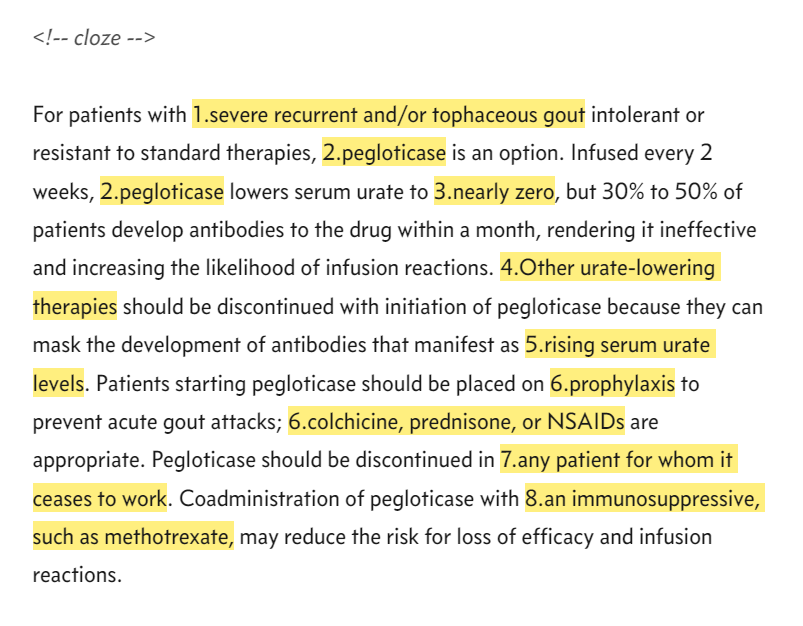 When you convert cards using Ankify, the word “cloze” will be changed to an unique ID similar to a basic card: 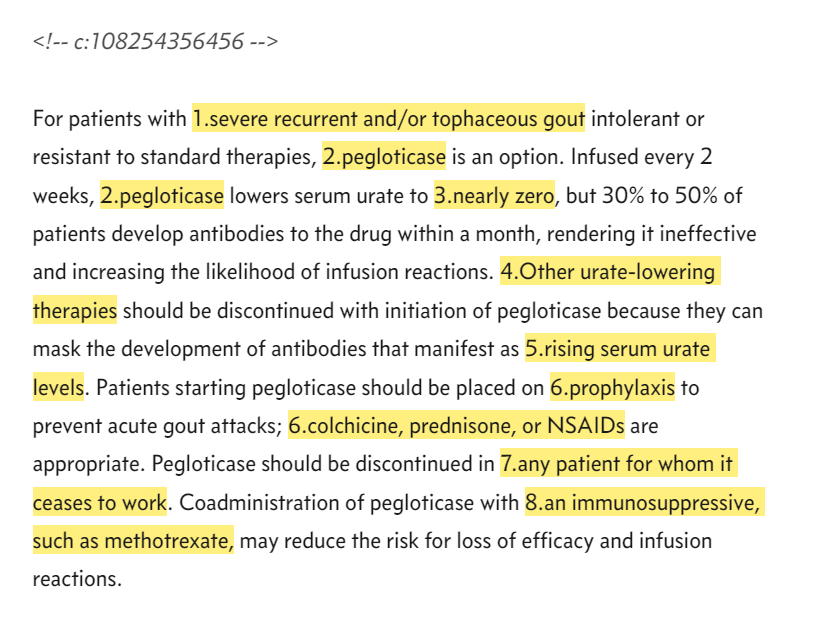 This is what the above cloze card looks like once imported into Anki: 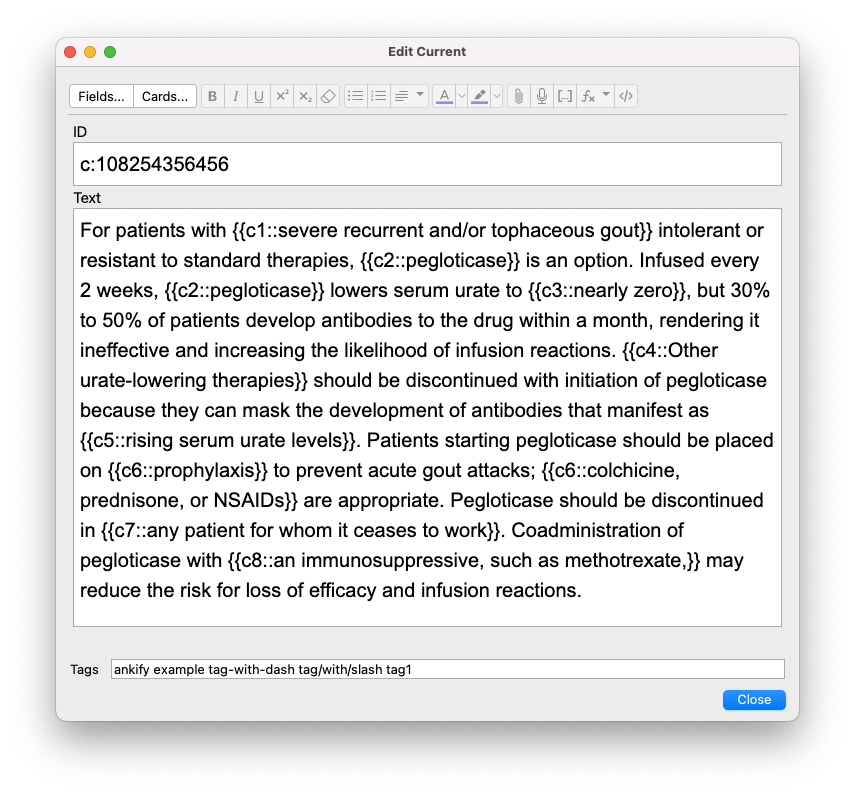